The expansion of numbers

There are 10^11 stars in the galaxy. That used to be a huge number. But it’s only a hundred billion. It’s less than the national deficit! We used to call them astronomical numbers. Now we should call them economical numbers. ~ Richard Feynman

It used to be that only astronomical numbers were huge. The financial number have caught up and now we do see number in trillions. And not surprisingly, the internet number are also catching up in millions and billions… 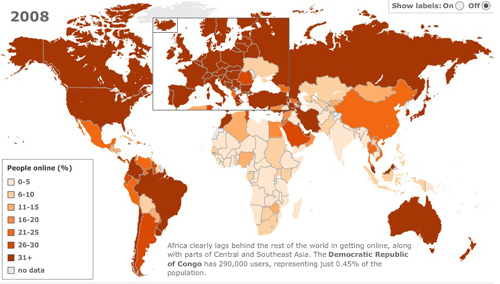 So, any guesses when is the next time a web app will reach 1 billion user base? With such a fast penetration of the internet, I hope more people will be able to access it cheaper in the coming years.