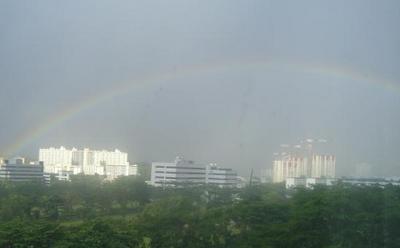 Interning at the 4th level of Nanos makes me feel really close to the weather changes in Singapore…and hey!!..i saw most beautiful rainbows in my life. 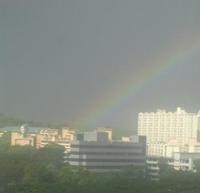 The rainbow starts near the pink building!!…Alvin is excited!! Maybe there’s a pot of GOLD at the end of the rainbow…those people staying there are so lucky ! 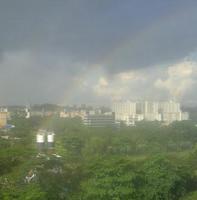 This time the rainbow starts even nearer…just behind the white pillar!!!!…..we should really run down and look for the pot of GOLD!!!!!!!!

Have u ever thought about finding the fabled pot of gold at the end of a rainbow?

The famous Irish lore is based on a bit of trickery – there really is no end to a rainbow. The way the physics work, rainbows are actually full circles – only the Earth’s ground gets in the way of us seeing the complete circle. One version of the fable is that a leprechaun granted one wish to a couple who was very poor and had little. They asked for riches of gold and silver. The leprechaun was angered that the couple would be so selfish, but as a hint, told them he put their riches in a pot of gold at the end of the rainbow, and the story goes the couple is still looking for the end of the rainbow to this day. 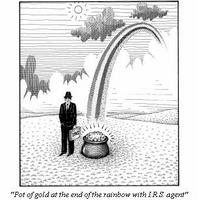 ……..uh i guess there was no pot of GOLD afterall…and we just continued to marvel at the beauty of nature even in the midst of the urban jungle…