Finished reading Angels and Demons by Dan Brown. Just like what Firdaus said, you can see patterns in his books – massive treasure hunts, unlocking historical clues, ancient secret societies, a complex plot unraveling within a night and an ultimate chase for the villain and the truth amidst a mixture of fact and fiction. This time Brown explored Rome and its countless churches along with historical personalities like Galileo, Copernicus and Bernini. The plot involves ambigrams and here’s a brilliant diamond one consisting of 4 ancient elements – Earth, Air, Fire, Water. Rotate these by 180 degrees and you’ll see the same!…Brilliant is the artist who designed this… 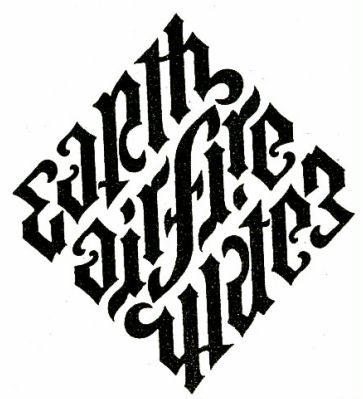 I found out the artist who designed these brilliant ambigrams for Dan Brown…ironically his name is John LANGDON….check him out here!!… Robert Langdon is the hero for Dan Brown’s books. And once again…here are some of the though-provoking quotations from Angels and Demons… > –> Science and Religion in harmony pg 33 – [Galileo] held that science and religion were not enemies, but rather allies – two different languages telling the same story, a story of symmetry and balance…heaven and hell, night and day, hot and cold, God and Satan. Both science and religion rejoiced in God’s symmetry …the endless contest of dark and light.

The Bible, the Koran, Buddhist scripture…they all carry similar requirements – similar penalties. They claim that if I don’t live by a specific code I will go to hell. I can’t imagine a God who could rule that way.

The endless search for truth

Faith is universal. Our specific methods for understanding it are arbitrary. Some of us pray to Jesus, some of us go to Mecca; some of us study subatomic particles. In the end we are all searching for truth, that which is greater than ourselves.

Very little in any organized faith is truly original. Religions are not born from scratch. They grow from one another. Modern religion is a collage…an assimilated historical record of man’s quest to understand the divine. …I know of something Christian that’s original. How about our image of God? Christian art never portrays God as the hawk sun god, or as an Aztec, or as anything weird. It always shows God as an old man with a white beard. So our image of God is original, right? …When the early Christian converts abandoned their former deities – pagan gods, Roman Gods, Greek, sun, Mithraic, whatever – they asked the church what their Christian God looked like. Wisely, the church chose the most feared, powerful…and familiar face in all of recorded history. …An old man with a white flowing beard…Does Zeus look familiar? 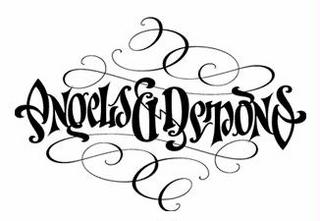 Amidst a fictitious plot, the book constantly dealt with the harmony of Religion and Science. It deals heavily with contrasts – good and evil, God and devil, ying and yang, dark and night….Angels and Demons. …demons…devil, evil or Shaitan…Shaitan is Islamic. It means ‘adversary’…God’s adversary. Shaitan is the root of an English word…Satan. It suddenly strike me that Shaithan in Hindi and Shoithan in Bengali mean the same. The spoken form of devil is so similar in languages spanning from East Asia, Middle East to Europe and America.

The world ultimately speaks the same language …doesn’t it?